Nostalgia For The Future - a Re:Mix Manifesto 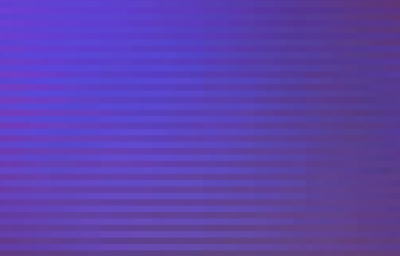 “My own thinking about art and values is far more disillusioned than would have been possible for someone 100 years ago. That doesn’t mean, though, that it’s more correct on that account. It only means that I have examples of degeneration on the forefront of my mind which were not in the forefront of men’s minds then.”
– Ludwig Wittgenstein, 1946

24.
When we think of the cinema’s future, we always mean the destination it will reach if it keeps going in the direction we can see it going now; it does not occur to us that its path is not a straight line but a series of curves and tangents, constantly changing direction.

23.
The RE:MIX is one of those tangents. It is a possibility of cinema.

22.
The RE:MIXER creates an emptiness of cinema. But this emptiness was already there, potentially. It merely needed to be filled, to be actualised.

22.1
I still find my way of RE:MIXING new, and it keeps striking me afresh. That is why I need to repeat myself so often. It will have become second nature to a new generation, to whom the repetitions will be boring. I find them necessary.

21.
The RE:MIX is a practice of diluting, or haemorrhaging the subject in a fragmented, particled sound/vision language diffracted to emptiness.

20.
The atomic unit of the RE:MIX is not the shot, but the fragment, which is a clump, a volatile conglomerate. Granular, dense and stuck together. Division of this fragment occurs only to produce still another irreducible cohesion.

19.
RE:MIXING is precisely the act which unites in the same labour what could not be apprehended together in the mere flat space of representation.

18.
The RE:MIX reminds us that the rational is merely one possible system among others: it suffices that there be a system, even if this system is apparently illogical, uselessly complicated and curiously disparate.

18.1
Each of the RE:MIXES I make is trying to say the whole thing, ie. the same thing over and over again. It is as though they were all simply views of one object seen from different angles. This is the metaphysical aspect of RE:MIXING.

18.2
A RE:MIXER is very much like a metaphysician whose aim it is to represent all the inter-relations between things.

17.
The RE:MIX has the fundamental characteristic of a denial of development. All one can do with it is to scrutinise it, not to solve it as if it had a meaning, nor even to perceive its absurdity (which is still a meaning).

16.
The RE:MIX’s accuracy obviously has something musical about it (but not necessarily a music of sounds).

15.
The RE:MIX never describes: its art is counter-descriptive. A collection of literally “untenable moments” that constitute themselves as nostalgia for the future.

15.1
Working on RE:MIXING – like work in philosophy in many respects – is really more a working on oneself. On one’s own interpretation. On one’s way of seeing things.

15.2
I really do think in the medium, because my head often knows nothing about what the editor is doing.

14.
The space of the RE:MIX is one of pure fragments, a dust of events; this is because the RE:MIX’s time is without subject.

13.
One might say that the collective body of all RE:MIXES is a network of mirrors in which each mirror reflects all the others and so on to infinity, without there ever being a centre to grasp.

12.
In the RE:MIX, what is abolished is not meaning, but any notion of finality.

11.
RE:MIXING is by nature intransigently unfinishable: the process could, in theory, go on and on.

11.1
RE:MIXING sets everyone the same traps. It is an immense network of easily accessible wrong turnings. And so we watch one man after another walking down the same paths and we know in advance where he will branch off, where walk straight on without noticing the turning to the side, etc.

11.2
I don’t believe I have ever invented a line of editing. I have always taken over one from someone else. That is how Standish Lawder, Kenneth Anger, Marguerite Duras, Sergei Paradjanov, Richard Kern and Franz Zwartjes have influenced me.

10.
In RE:MIXES, density of texture frequently obliterates the contours of the original sound/vision line.

10.1
RE:MIXING ought really to be performed only as a poetic composition.

9.
Joyce’s technique of verbal fragmentation provides the essential background to any understanding of the art of the RE:MIX.

8.
As in Joyce, fragments, often chosen to represent salient features of the source material develop a strikingly individual resonance in isolation and combine to generate new and unexpected meanings.

7.
In RE:MIXES, isolated phrases can give rise to new semantic affinities.

7.1
You must say something new and yet it must all be old. In fact you must confine yourself to saying old things – and all the same it must be something new! A RE:MIXER has constantly to ask himself: “but is what I am RE:MIXING really true?” – and this does not necessarily mean “is this how it happens in reality?” Yes, you have got to assemble bits of old material. But into a building. In this sense, Schwitters's Dada masterpiece, the merzbau, is the first RE:MIX.

6.
The RE:MIXER poeticises the image by emphasising its musical values (chromatic oppositions, dissonance and compositional rhyme).

4.
The RE:MIXER compounds his audience’s estrangement from the structural relations of the source material by presenting different fragments simultaneously, forcing them to grasp at momentarily comprehensible gestures within the general sound/vision overload.

3.
The RE:MIXER is fascinated with working at the very limits of coherence.

2.1
One’s style of RE:MIXING may be unoriginal in form and yet one’s images and sounds may be well chosen; or, on the other hand, one may have a style that’s original in form, one that is freshly grown from deep within oneself. (Or again it may, of course, just be blotched together out of old bits and pieces – like mine.)

2.2
Sometimes a RE:MIX can be understood only if it is experienced at the right tempo. My RE:MIXES are all meant to be viewed slowly.

1.
The RE:MIXER is a man condemned in advance. He must have neither romantic relationships nor object to engage his feelings. He should even cast off his own name. Every part of him should be concentrated in one single passion: the RE:MIX!

Note
I didn't want a manifesto about RE:MIXING. I wanted a manifesto that was itself RE:MIXED. Burroughs's cut-ups provided an historical precedent, although it was probably Kathy Acker's work on Dickens that gave me the confidence to plunder at will. Cage's absurd vertical texts "lifted" out of Wittgenstein were also of use. Finally I always remembered Gertrude Stein. Barthes, Camus, Wittgenstein, Fritjof Capra and Gary Zukav were my plunder sources. (Remember, this has been happening in music for a long time now, ie. John Wall's groundbreaking Plunderphonics.) RE:MIXING can be poetry but in the wrong hands it runs the danger of becoming propaganda. SAMPLE AT WILL THERE IS NO COPYRIGHT!
Read 18672 times
Published in NON-FICTION
Tagged under