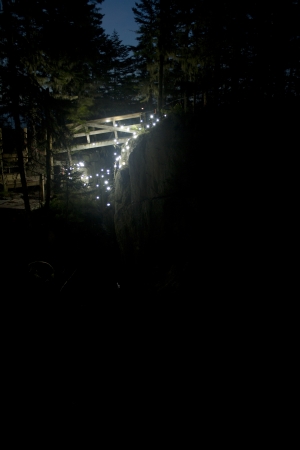 Rational formalists may be "rational mystics." They may create logical conclusions where none exist.

The object is necessarily a representation and embodiment of a moral order. Encompassing process, this morality drives, forms, regulates, and restricts the decision-making process within parameters that appear to be external to the maker.

This moral order may be particular to one work, and therefore not relevant to other objects, or it may be applied in any number of other objects.

A maker should be uncompromising, rigid, and inflexible in following the moral order, meaning, and intent of the object.

A maker is obligated to constantly and flexibly evaluate the meaning, order, and content of the work.

An object's content and concept must allow for an extensive branching in terms of the functionality of that content; if the object made does not offer an absolute potential for the generation of multiple ideas and formal offshoots from the original object, then it is a so-called "dead end" and therefore not worth following.

The "content" is a series of "intentions" and "ideas" in an object that as a whole create a "concept" or "larger ideological vision." According to the wishes of the maker, a single concept can apply to one work, a body of work, or a lifetime of work.

A concept can be composed of multiple concepts.

There is no such thing as a banal concept or form; there are only banal ideas and intentions.

Depending upon the maker's intent, content and moral order may be one and the same. It is up to the maker to determine what distinguishes or identifies content from or with the moral order.

In order to avoid redundancy, an object's potential multiple offshoots of form and ideas should not be unnecessarily incorporated into or integral to other objects.

However, an object's potential multiple offshoots can make new work if they are elements attached to a distinctly new form. This renders it a new idea.

An "object" can be any perceivable phenomena—that which can be tasted, smelled, seen, heard, etc...

Or, an object's form can be real or imagined, fact or fiction. This does not deny it of its objecthood.

Excepting occasions when content and moral order are identical, the cumulative conceptual idea, or any individual element of content, can change from initial idea to the object's completion.

Further, a maker's will is secondary to the evolving demands of said cumulative conceptual idea and corresponding form.

In other words, an object's form must be dictated by and conform rationally to its moral order and content.

In other words, an object's form must dictate the rationale and content.

All artists, regardless of medium and genre are bound by chosen and unchosen histories.

Because an object can attain the status of objecthood without leaving the imagination of the maker, an object does not need to have an audience in order to become art.

It is impossible for an object not to leave the imagination of the maker. Only the appearance of the object may change as it wrinkles with age.

The maker may not, nor need not, be aware that the young and old objects are one and the same.

The craftsmanship of the perfect concept constellation demands an equal craft of form constellation. Yet it must not be inferred that either idea or form need be explicitly complex in order to compete for a state of perfection.

There is no such thing as a perfect concept, only the striving for it.
Published in AUDIOVISUAL
Tagged under
Read more...
Saturday, 03 September 2011 02:00

Home of the Image 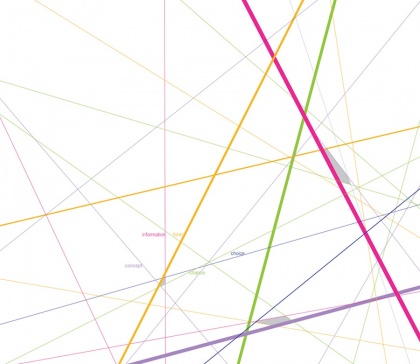 One possibility: the home of the image is the intersection, the bounded space between information (true or false), form, chance, concept, and choice. There is an inevitable tension in the push and pull of these principles along the borders of our enclosed space as they infinitely stretch and take their turns prevailing - or territorializing - over the prison - or cocoon - of the image.

This is the truest moment of the image; concept may dominate, chance may cower, form may crawl, but without their walls, you have... an abomination of randomness; a stunted growth; stolen fingers, a sale, a sell; in which your corridors of mirrors suffer from a willful ignorance of the laws of gravity, asking you to sleep on the wall and stand on the ceiling. But that's... resignedly ok. Because you can still rest.

Then... there's freedom. The appealing absence of home, where the parents of the Image keep their doors and windows eternally open. This is the misery of the never complete image that can't stop searching for its conclusion. An endless searching for the ideal, unable to accept that concept and chance and form and information and choice can't meet, can't find even a lurid equilibrium.

Of course, you can't miss the irony. The Theory of the home of the image comes under the scrutiny of its own making. In the overunning entangled landscape of abominations, sales, and our gorgeous glimpses into imperfect epiphany, can the Theory possibly, possibly be protected by home's walls, live up to its own reality? I'm not so sure. But at least the doors are closed
Published in NON-FICTION
Tagged under
Read more...
© 2021 ITCH. All rights reserved. Contributions copyright of their respective owners  |  Privacy policy  |  Terms of use