Elle Warren has experience in breaking things and not much else. Somehow she managed to finish a PhD in Ancient Cultures before she got restless and moved on.

Her art, both written and visual, has appeared in Itch, Gravel, Entropy, Stanzas, and elsewhere. She sees emotions in landscapes. She creates because how can she not? 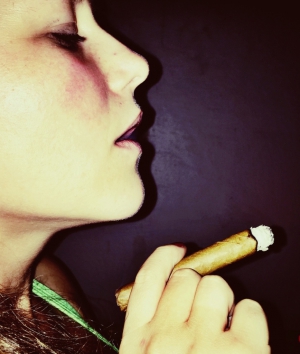 She’s a natural brunette.
She has an incurable case of Resting Bitch Face.
She’s a poet.
She’s a dirt road that stretches into the sunset and ends nowhere good or light or graceful.
She’s calculated whimsy.
She’s real, except when she isn’t.
She’s a vegetarian.
All her cosmetics are cruelty-free.
She has four pairs of leather shoes.
Her cruelty-free, organic, vegan, non-gmo shampoo is gluten-free, because so is she.
She hates people.
She’s a social justice warrior.
She’s a feminist.
She’s intersectional.
She’s political.
She’s anti-establishment unless the establishment is the free market.
She buys local.
Her jeans are made in Taiwan.
Her shoes in India.
Her loose floral tees in China.
She grows her own tomatoes.
She buys her fruit at the farmer’s market.
Knows the vendors by name.
She always tips at least fifteen percent, but mostly twenty.
She tells everyone to have a good day.
Her smile is addictive.
Her eyes are the antidote to your bad day.
And her lips touch the air with a charm that paints silence on your tongue.
She’s the venom that makes you spin.
She’s your heroine.
She’s night become adamant.
She’s fire.
She’s a split lip.
She’s a broken nose.
She’s a cold hospital bed.
She’s a bouquet of fresh cut flowers at six am.
Her voice is frost in the winter sun.
She’s an artist.
She’s real.
She’s your heroin. 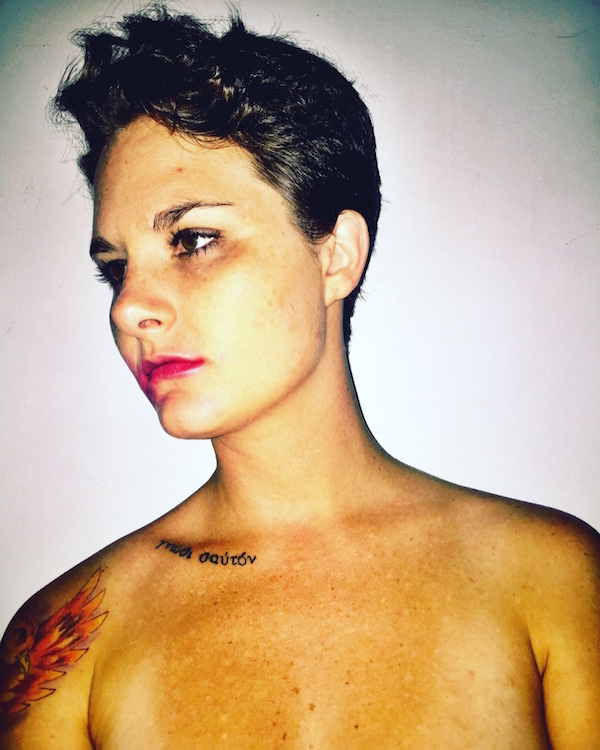 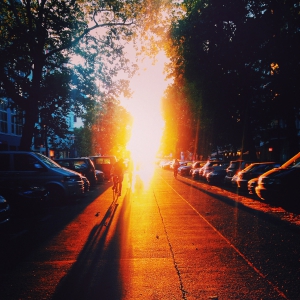 I couldn’t see anything when I came back the first time. There was a man, but I didn’t know him, not really, except that he was dangerous and soft and when he whispered in my neck I ceased to exist. I returned with his words and his scent in the back of my throat. The city cast a shadow in which I was invisible. It was revelry at its purest; it was me at my worst and best and truest self. When I stepped out of it I disappeared, but nothing stays hidden for long where I’m from.

Nights in the city breathed the loving beats of fog machines and cloudy neon visions of pleather robots sticking to the walls and the floor and the ceiling. We sucked lollipops for the bitter and pretended it all went away. Smoke filled our lungs and our heads but we kept our hearts to ourselves because some things were sacred, even in this circus town.

In the mornings, which were mostly the afternoons, we watched the ink melt off our skin in the drops of summer sun and leave its tell-tale purple stain. Those days were too bright and too often too intimate. There were weeks in between that we filed under afterglow, but it was probably just a trick of the light. We could have gotten up and gotten out, but the lethargy was comfortable and the effort didn’t seem worth the risk. For hours we languished on park benches and patches of grass covered in chestnut blossoms, talking about ISIS and VAW and FGM and feeling orgasmic in each other’s sentences. He wrote lust letters on my thighs with the tips of his fingers; I composed my most polished poetry in the grips of our sighs. Between us there were no secrets that were worth keeping, and the mundane did not deserve utterance.

For a long time afterwards I was a blank space. I filled the cracks with a veneer that refracted light. The surface was a Rothkonian masterpiece; the depths were a kaleidoscopic fuckup. That winter the rain came pouring down by the bucket-load and seeped in through the cracks, disturbing the delicate balance of the colour canvas until nothing was left but shit-stain brown. By the time the southern sun passed by to fade the remnants, the mould had set in.

The progression of time came to be marked by periods of sleep that became longer and more restless until one day I didn’t wake up. I sat in silence at my knuckle-bone desk and took it all in without taking anything in and without giving anything back. At times I felt myself naked as the sun stroked the soles of my feet, but there were places only the moon could reach: the corners of my eyes, the base of my spine, the back of my throat. The walls grew darker even as the clouds gave way to spring and eventually to summer. I wore a chaotic silence like a protective cloak to work, to bed, everywhere, nowhere. Slowly I shed the city and retained only the very necessary. There were times when even that seemed like too much.

When at last there was nothing left of me I heard his words in the distance, a siren song for the recently deceased. But I had nowhere to turn and no way to move, and the desire to lose myself overpowered the urge to find him.

The city does not let go of you that easily. I had barely tilted my head in the direction of his voice, yet I found myself enveloped in the shadows again. The sameness was comforting, but I was no longer alone in the half-light. My invisibility had stripped itself from me in the place where I was from. The sun clung to me even on the wildest nights. The man, whom I didn’t know, still didn’t know after all this time, didn’t care to know, who didn’t know me, was just another traveller getting lost in the city. Like me he had disappeared in the murky recesses of the carnivale and had been unable to find his way back. We sat in silence on opposite banks staring at the river, waiting for a sign, a hand, anything at all, but it never came and we had nothing more to say.
Published in WRITING
Tagged under
Read more...
© 2020 ITCH. All rights reserved. Contributions copyright of their respective owners  |  Privacy policy  |  Terms of use