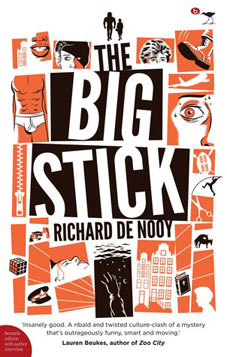 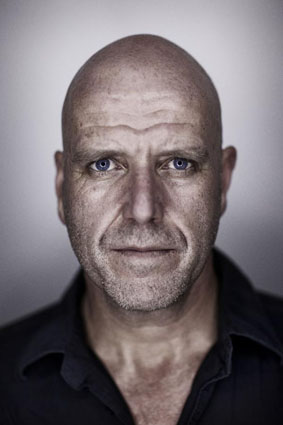 "Fear is the problem," says Wynand Greefswald, (fictional) former SADF aversion therapist, of the protagonist Staal, and the homosexuality of which he was trying to cure the boy with the blessing of his family. His words are echoed throughout the novel in a chorus of voices, including Staal's step-brother Wessel, who tells us that it was fear that indeed killed the young man. It as the novel progresses and the reader gets to inhabit Staal's world, however, that the boundaries shift between who is fearful and who fearless.

It is with fear in her heart, certainly, that Alma Nel, mother of Staal - provincial, unsophisticated, ignorant and deeply conservative - arrives in Amsterdam to retrieve the body of her son, who has died under mysterious circumstances. The son she sent away from home somewhere between the time he finished school and was due to be drafted for military service. It was after the visit to Barry's Men's Wear - the final test - and somewhat longer after the aversion therapy ([w]ith electric shocks, yes, p. 41) bestowed on the schoolboy as a family favour. It was the mid-80s.

Sparkling, absorbing and direct prose, characters that display a range of emotion and an engaging narrative technique make The Big Stick a compelling read. The kaleidoscopic narrative is orchestrated by the if-not-omnipotent then, by the end of his newsgathering, omniscient JR Deo. Through his own second-person recollections and a series of interviews with friends, family and psychologists he pieces together Staal's life: the treatment he endured at the hands of an ignorant family, community, school; his metamorphosis in Amsterdam and what, most likely, happened at the end. Interviews with multiple characters offer radically different perspectives, the contrast in some cases humanising "villains", in others making them more deplorable. The latter can be said for the sister Elana ("When I found that out, I gave him a fat slap. But let me tell you: I would have done the same with my own children. Out of love." p. 63) and Staal's step-brother Wessel. Neither of them displays growth or regret. And Wessel certainly has his mind made up: "Fear. That was his bloody problem. Always the fear." p. 117); "Okay, it would have been easier if he was normal, but that wasn't the problem. It was the fear, you understand? Jesus, it used to piss me off." p. 118); "But I'll tell you what killed him, my friend, fear. That's what killed him." (p. 124).

As Alma negotiates the Amsterdam gay scene dressed, a detective says, like his grandmother on her way to church, she is surprised to be met with hostility. She is offered a mirror of her own actions and is met with rage when she asks whether her son "talk[ed] bad about [her]" (p. 107).

One of the novel's most touching aspects is how it is a Bildungsroman, not only for Staal, who learnt to be himself among "[his] pack, [his] pride" (p. 45) but also for Alma, who is at heart a staunch racist - with more than a touch of naïveté - "[i]t was like my dog was suddenly walking round the house on his hind legs, you know? Talking and cooking and thinking for itself," she says about meeting Staal's lover Thierry, who happens to be black (p. 133). While she doesn't change her spots completely ("You know what blacks are like here, hey", later on the same page) she does concede that she had more in common with Thierry and her (black) coke dealer-guide than she does with the Dutch and that when she met Thierry she "knew why Staal had fallen in love" (p. 134), even conceding that she finds both Thierry and Sheikh attractive. It's the tension between Alma's emerging humanity and her ingrained conservatism, the impulse to judge, and judge harshly, the fear and therefore loathing of what is unfamiliar, "abnormal" that makes her such a compelling and believable character, and sadly, so lifelike.

The words of Wessel and the psychologist take on the ring of irony. If it is true that fear killed Staal, it was certainly not his own fear that did it. And if one had to pinpoint one act, one decision that led to his downfall, it would be this act of betrayal: his own mother sending him away in condemnation, without even a proper goodbye at the train station, because she wouldn't accept him as he was. De Nooy puts this most beautifully on page 6: "She was like the wily jackal that gathers wool in its mouth and then backs slowly into the river until all the fleas have fled into the fluff. Then it drops the wool and takes off like a flash, outwitting the fleas. You were the wool, Princess, floating on the river, the memories, like vermin on your skin."

The Big Stick
Richard de Nooy
Jacana Media, 2011
Read 3663 times
Published in NON-FICTION
Tagged under
back to top
© 2021 ITCH. All rights reserved. Contributions copyright of their respective owners  |  Privacy policy  |  Terms of use